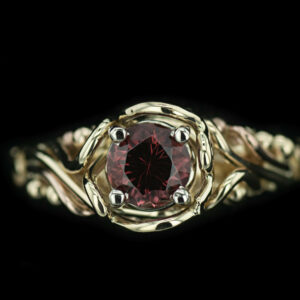 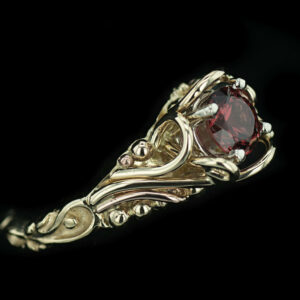 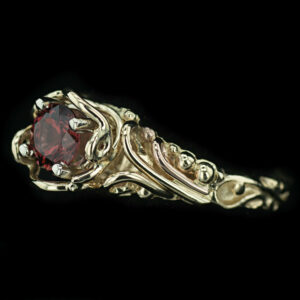 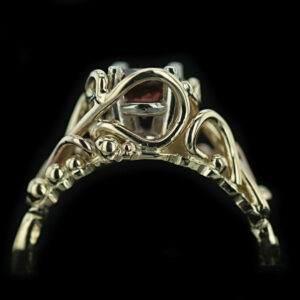 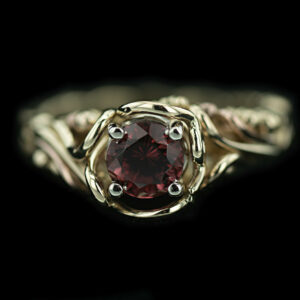 One Round Brilliant-Cut Garnet: 1.02 Carats

One of-a-Kind Piece with Magee Scrollwork and Granulation

Rhodolite is a varietal name for rose-pink to red mineral species in the garnet group. It was first described from North Carolina. The name is derived from the Greek “rhodon” for “rose-like”. This coloration, and the commonly inclusion free nature of garnet from this locality, has led to rhodolite being used as gemstone. 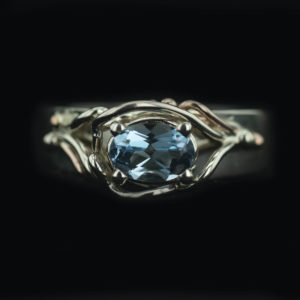 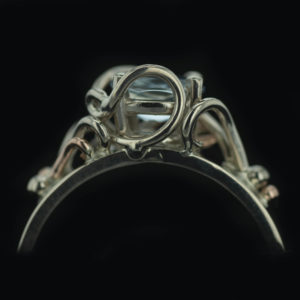 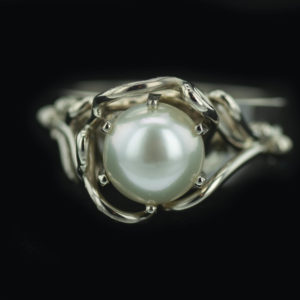 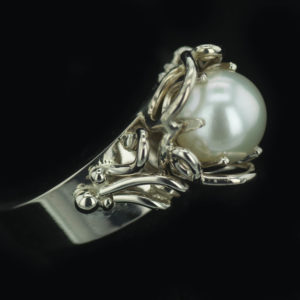 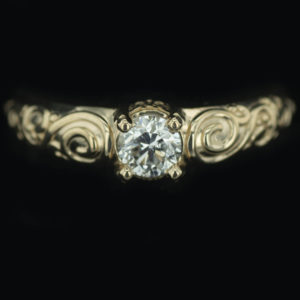 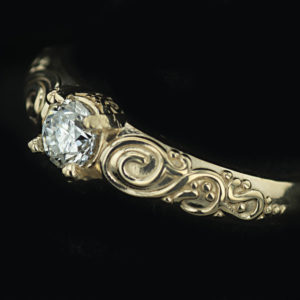 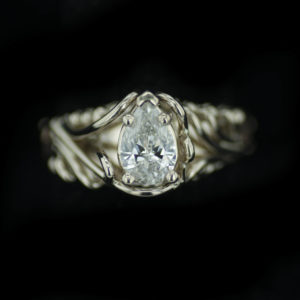 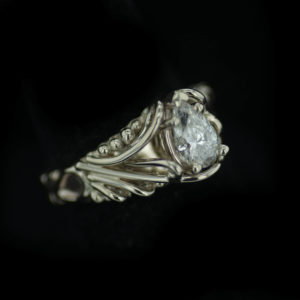 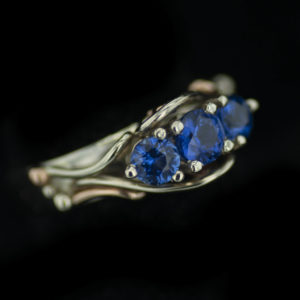 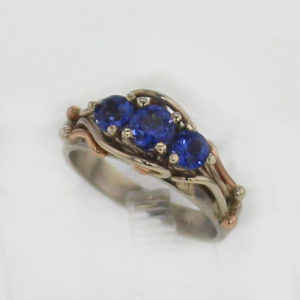 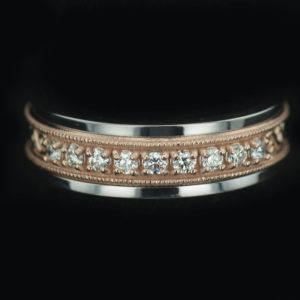 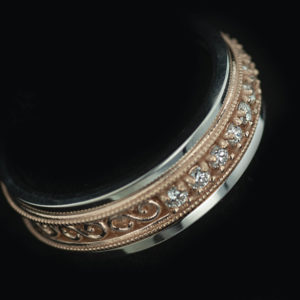 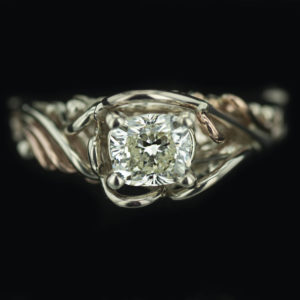 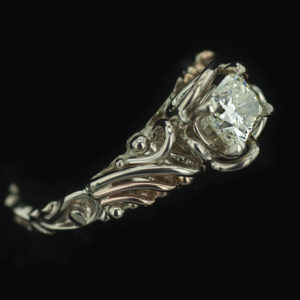 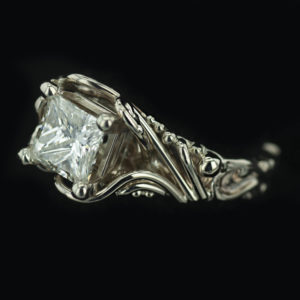 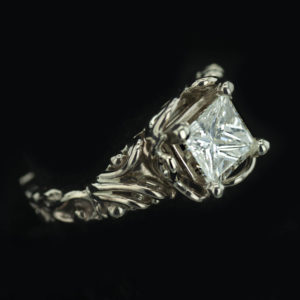